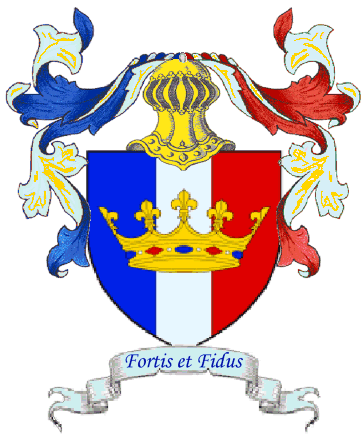 The Kingdom of Terre Neuve

What is Terre Neuve?
The Sovereign Kingdom of Terre Neuve is a geographic chartered subdivision of the Adrian Empire inc. The Adrian Empire inc. or “Adria” as we call it, is a 501(c)3 non-profit historical educational organization based in Arizona. We also call Adria “The Empire” for short.
Terre Neuve; French for “New World” or “New Land”, is one of the oldest chapters of The Adrian Empire. In Adria, chapters must sustain a membership of at least 100 people to maintain kingdom status. That's the technical definition. To most of us living here, Terre Neuve is much, much more.
Terre Neuve is strength on the battlefield, talent on the arts table, accuracy on the archery range, and the blood, sweat and tears of administration. The Terre Neuvian people make us what we are, and what we are is Fortis et Fidus, “Strong and Faithful” to the end.

What is the Adrian Empire?
The Adrian Empire inc. is the organization that gives us the framework within which we play. There is a set of by-laws, manuals, and forms that are used universally throughout the Empire and give a certain amount of conformity amongst the subdivisions. However, as a Sovereign Kingdom, Terre Neuve has the ability to create its own set of laws and codicils that tailor the local chapter to the way we play. As long as we don't conflict with the by-laws of the parent corporation we have some freedom in the way we run things.

So, what do you actually do?
The purpose of the Adrian Empire is to re-create the period of history from 793-1625ad and, in the process we educate others. Basically we learn by doing. We re-create history by becoming a “Persona” that could have lived during our time period. We choose an area from the known world at that time and create our persona based on what we know about the people that would have lived there. Then we interact and educate by holding monthly tournaments, school and public demos, feasts, faires, wars, classes and more.
We learn how to fight with real swords in real armor, learn about the arts and sciences of the time and how they really did it and, learn how to be an archer, shooting with traditional style bows. These activities allow our members, men, women and children, to earn a sort of peerage based on their experiences and skill in the activity.
Members may also earn knighthood by serving the organization as an administrator or volunteer. Some (but not all) of these “Ministry” positions are waterbearer, marshal, minister, estate holder. There are others too.
Whatever the path a person chooses to become a knight, our people learn what it is to be a knight. Chivalry isn't just a word we use, it's an ideal we try to live.

What kind of activities do you offer?
As a kingdom we are required to hold at least one crown-sanctioned tournament a month for the purpose of accruing points towards knighthood. To this end we hold tournaments in each of the 3 styles of combat: shinai, renaissance, and steel. We also have tournaments for the arts and sciences and archery.
Along with tournaments we have educational classes such as papermaking, block printing, recorder, fiber and needle arts, dance, costuming, character development, and leatherworking to name but a few. We also have excellent children's activities such as miniature jousting with carved wooden knights on horseback and adult supervised boffer combat. There's something for everyone at one of our events! Outside of our monthly events we have demos where we educate the populace at large, grand feasts with period food and entertainment, wars for fun or to determine who will be our next ruler, and fighter and archery practices to hone our physical skills.

Where do I sign?
While we do not require paid membership in order to attend our events, you must be a paid member in order to participate in our activites, tournaments, wars, demonstrations, accrue points toward knighthood, hold an office or register heraldry. If you would like to join, you need only fill out a membership form (click here for the Adrian Empire Membership Form) and send your check or money order to the address on the form, or bring it to our next event and turn it in to our local steward. Once you're paid you can be on the road to becoming a knight.